Party Popteenies - Double Surprise Popper, with Confetti, Collectible Mini Doll and Accessories, for Ages 4 and Up (Styles May Vary) $9.97

In Disney’s Planes: Fire & Rescue, an elite firefighting team goes up against dangerous wildfire to protect Piston Peak National Park. Now kids can channel their favorite hero by carrying out a movie-inspired rescue mission! This waterfall-themed play set mirrors the finale moment of the film when Dusty Crop hopper makes a vertical climb up a waterfall to rescue Winnie and Harvey from a burning bridge! Before your first attempt, place Blade Ranger (not included) on the rocky perch so that he can give Dusty important commands throughout the mission. Send Dusty up the waterfall to fill his pontoons with water then watch him “fly” down the track. As he slides under the bridge he knocks over a fire target – well done, you’ve put out the flames! To save his friends, Dusty must climb the waterfall again but this time transform the bride from collapsed to fixed. Watch as the flames go flying away and the fire turns into water! Flames can be placed anywhere and act as targets for Dusty to knock over. Connects to other play sets in the Story Sets line to build out the world of Disney’s Planes: Fire & Rescue. Reenacting this rescue mission will leave kids feeling heroic and accomplished. Includes Waterfall Play Set, Dusty Crop hopper vehicle, 3 flames and a perch for Blade Ranger. 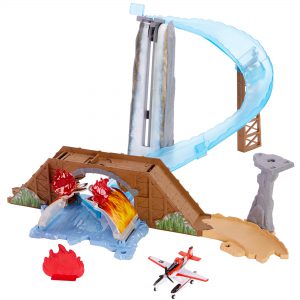 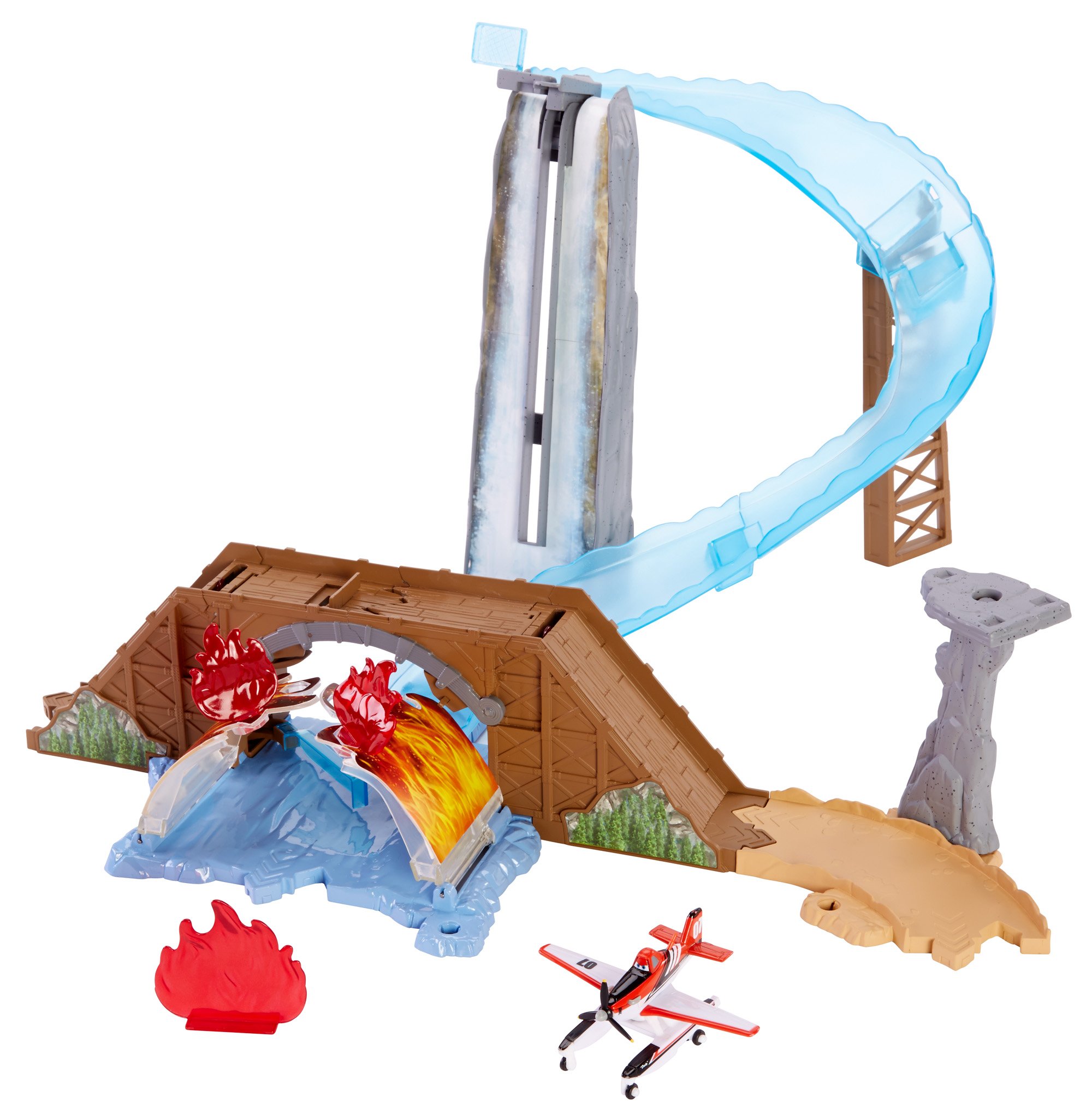